My son is graduating college this spring, and he will then start work at a law firm in New York as a paralegal, to give him an opportunity to see law in action and decide whether he wants to apply to law school. My wife and I have been aggressively neutral as far as trying to shape our children’s career choices. We’ve been careful not to push them into law, but we’re not discouraging it either.

In talking to other parents over the years, some are neutral like me, but a significant number who are themselves lawyers say they strongly discourage their children from entering the law. I can’t think of anyone I know at the other extreme, who affirmatively try to push their children into a legal career, which is a contrast to the more intrusive parental approach of many years ago. (Though I should point out that when I was growing up, my trial lawyer father and novelist mother took a neutral and supportive role as I now have.)

Lawyers: Would You Encourage Your Children to Become Lawyers?Read More »

There are those who are addicted to the new online word game, Wordle, and then there are those who gripe about their friends who post their Wordle scores on social media every day. This being a blog about corporate and securities law and transactions, I am not writing to opine on this question, though the fact that I’m mentioning the game at all probably tells you where I stand.

The New York Times recently agreed to acquire Wordle from its Brooklyn-based creator, Josh Wardle, as reported by the, well, New York Times. According to the newspaper/acquiror, the purchase price is “in the low seven figures.” I’m not sure whether that means a million-ish or some amount that is less than $5 million, but in any event, it is a nice payday for Mr. Wardle for a product released just a few months ago.

Thoughts About the Wordle AcquisitionRead More »

The Wall Street Journal reported exclusively on plans by the London Stock Exchange to create a special market for the shares of private companies for limited public trading. The plan itself is not yet public, so the Journal was only able to report on limited aspects of what is contemplated. In the same way that U.S. private companies have increasingly been able to access public-like markets with new exemptions like Regulation CF, Rule 506(c) and Regulation A+ and the development of secondary trading markets for large private companies, this is an effort across the pond to provide some of the benefits of public market access to small and fast-growing companies.

I can’t claim to have invented remote work, but I can say that I was doing it well before the majority of the workforce was forced into it in early 2020. My firm’s address, since its formation in 2010, has been at 565 Fifth Avenue in midtown Manhattan. For the first several years, I took the Long Island Railroad in every day and worked in my office, like any other lawyer. As the firm evolved, I built a network of freelance attorneys that worked for the firm. Especially given that the first two of them resided in Spain and Alabama, respectively, I was never going to need to provide extra space for the attorneys; accordingly, they worked from wherever they wanted.

After a few years of this, it occurred to me that without any opportunity for literal face-time with my co-workers, it was kind of silly for me to endure the commute on days where I had no meetings with clients or others. So, I set up shop in a spare bedroom at home in Port Washington, LI, and went into the city only when there were meetings. Aside from the occasional unwanted noise during conference calls from dogs or teenagers, it’s worked quite well.

Thoughts on Remote Work from a (Relative) PioneerRead More » 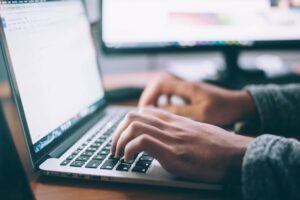 I have found over my 23 years of law practice that, assuming I’ve consumed my usual copious amount of coffee, I can be quite productive and efficient when I get into a flow. When that flow is interrupted – by a phone call, someone popping into my office for a quick question, a car alarm going off, etc. – it can be difficult to get back into the groove. The good news is that a number of workplace trends in recent years have resulted in a general decline in interruptions, leading to more efficient work.

At least for me, the key development has been the advent of email. Everyone likes to complain about email – not me! As long as you don’t set your email system to notify you of every incoming email, which for me would be crazy-making, you are in control of when you look at it. Unlike someone making a phone call, the sender of an email is not expecting a literally immediate response. Of course, law is a service business and clients have reasonable expectations of a prompt reply, but the checking of the email can wait until you’ve finished reviewing that convoluted contractual provision.

The Golden Age of Non-InterruptionRead More »

The Small Business Administration (SBA) has just launched the Paycheck Protection Program (PPP), arranging for forgivable loans to small businesses affected by COVID-19. There are, however, widespread implementation issues, with several banks that will administer the loans not yet being ready to process loan applications, as of April 6, 2020. For general guidance on the program, I can provide you with this fact sheet from the Treasury Department and a website guide from the SBA. Additionally, most large law and accounting firms are constantly issuing client alerts summarizing the latest developments, which are available on those firms’ websites. 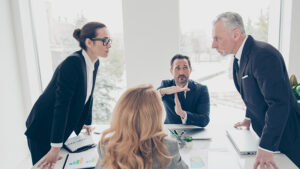 The “Get Everyone in a Room” FallacyRead More » 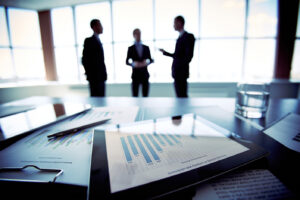 Writing in Above the Law, Jordan Rothman argues from personal experience that solo lawyers would be better off partnering in a law firm with one or more other attorneys. As someone who has operated partner-less for almost 10 years now, after Big Law partner experience (where one literally doesn’t know many of one’s partners because there are so many of them), I’ve seen different arrangements and have some thoughts on these issues. While there are some clear advantages to having partners, much of Rothman’s argument is based on an unduly restrictive assumption about how solo firms must operate. 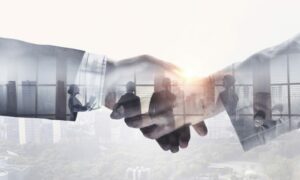 In some ways, my law firm, Andrew Abramowitz, PLLC, is at the forefront of recent changes in the delivery of legal services. For example, the firm operates virtually, with the staff attorneys toiling away at home (or wherever – they could be doing it while hang-gliding as long as they do the job well and promptly, as far as I’m concerned). The ability to get the work done without housing everyone in an expensive Manhattan leased space gives the firm flexibility to offer more competitive rates than traditional firms.

The Role of Personal Trust in Lawyer SelectionRead More » 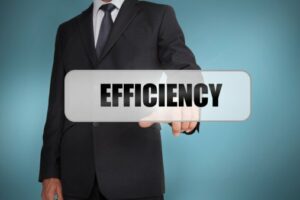 When I am estimating costs for a project for prospective clients, particularly those new to the formation of business entities and deal-doing, a common source of confusion is why there needs to be a fee paid to my law firm as well as to a corporate service company like CT Corporation or CSC. So, I thought it would be useful to briefly outline the different roles that each of us plays in the creation and maintenance of entities.