Since I started practicing law in 1997, the manner in which closings of corporate deals are conducted has been completely transformed.  In the old days, a typical closing would be conducted in a conference room in a law office, and the various documents that needed to be executed would be organized in manila file folders arrayed in a scary-looking retractable metal contraption that kept the folders separated.  All attorneys and principals would be in the room, except that junior attorneys and paralegals would occasionally go scurrying off to make copies. 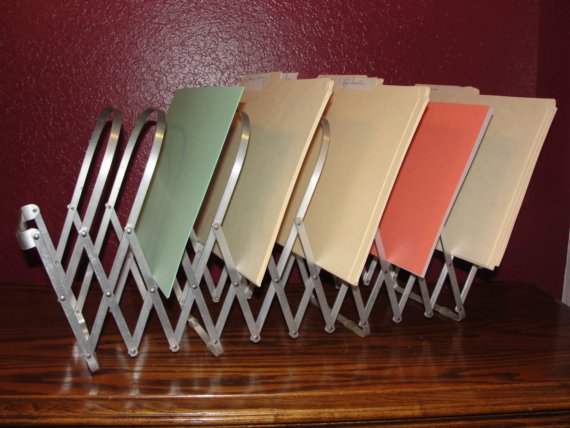 Fast forward to 2014, and a “closing” usually involves the same participants doing their thing sitting in front of their own computers, wherever that may be.  The manufacturers of metal closing file holders are, alas, not making many of them these days.  Each side sends its respective signature pages via PDF email attachment or upload to an electronic data room to the other side’s attorney, who then checks the signatures against a closing checklist.  Then closing is confirmed via email or a quick conference call.  If the parties want to have original signatures for the agreements (which is often not the case), they can be exchanged post-closing.  This transformation didn’t happen overnight, but it accelerated as PDF delivery of documents started to supplant the fax, making possible immediate large-scale delivery of documents.

While it’s possible to feel some nostalgia for what has been lost (the camaraderie of everyone being together in the conference room, the macadamia white-chocolate chip cookies), on balance, the changes have been a huge boon to efficiency.  When you went to an ‘90s-era closing, which would of course be without a smartphone to monitor other goings-on, all your other clients and their work had to wait until you were done, and there was a lot of dead time waiting around at the closing for other people to do things.  Now, if there’s down time during a closing while you’re waiting on others, you can catch up on other emails and calls or do whatever else needs to be done.  And the post-closing celebratory dinner is (as of this writing) still done on an in-person basis, so all is not lost camaraderie-wise.