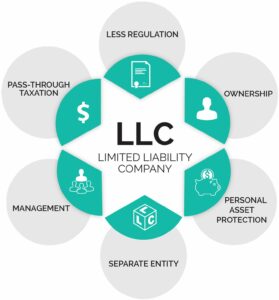 In recent years, Delaware in particular has been portrayed publicly (e.g., this post by the Sunlight Foundation) as a hotbed of mysterious shell companies, not that different from offshore tax havens. Delaware, however, is not unique among U.S. states in its procedures and disclosure requirements for LLCs. The New York filing for a new LLC has a different name from Delaware’s (Articles of Organization), but it’s similar in that it doesn’t require the members or managers to be listed and can be signed by an authorized person with no ownership or management involvement. Ownership is established via the Operating Agreement, a private contract not typically filed publicly. Anonymity is not iron-clad, however; ownership of these entities can be determined in the context of legal processes, such as governmental investigations and litigation. However, it is otherwise difficult for the public to ascertain ownership of private companies, assuming there is not a Michael Cohen involved to provide helpful clues.

Popular perception notwithstanding, the formation of LLCs is usually not driven primarily by preserving anonymity, though even where that is the main goal, it’s not necessarily for a seedy, porn-based reason. For examples, celebrities use LLCs to purchase real estate to avoid having their names appear in public property records along with their personal address and purchase price paid. Most of the time, however, people form LLCs for the long-standing reasons that business entities are formed: to preserve limited liability for the owners, to provide a structure for the management and division of profits of a business enterprise, etc. While organizations like the Sunlight Foundation and media organizations might seek greater transparency requirements applicable to all LLCs, it seems reasonable for people who own stakes in non-public business entities to expect privacy on the same basis that applies to their ownership of other assets, like bank and brokerage accounts.