Mergers and acquisitions (M&A) in their usual form are done in a single closing.  Sometimes there is some delay between signing the definitive agreement and closing, and sometimes it is simultaneous, but the closing itself is typically a singular event.  From the buyer’s perspective, unless the buyer is huge and the purchase price small, it is a large risk to take on an entire company at once.  To be sure, M&A attorneys have developed strategies to mitigate risk, including conducting due diligence before closing, but sometimes target company problems only become apparent after the buyer owns the company, even after a thorough due diligence investigation.  And post-closing purchase price adjustment mechanisms do not always fully compensate the buyer for these problems. 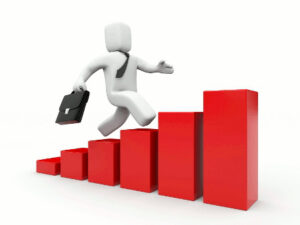 In appropriate circumstances, and with a willing seller, buyers can limit this risk by staging an acquisition over time.  For example, after a short due diligence period, the buyer can acquire 25% of the target company, rather than 100%, as part of a longer-term plan to eventually acquire the remainder.  At this point, the buyer is in the position of a typical private equity investor:  owner of a significant but minority stake, which would generally entail protective provisions for the buyer, such as approval rights over major decisions.  The buyer would also have a board seat or a similar mechanism, which would give the buyer a window into the target company’s operations and effectively allow for a longer and more relaxed due diligence period before the completion of the remainder of the acquisition.

Because the ultimate plan is for the buyer to acquire the rest of the company, the agreement governing the initial acquisition should, at least to some degree, address matters relating to the later stages of the acquisition – when it’s contemplated and whether there is some formula to adjust the purchase price from the valuation used for the initial purchase, etc.  The agreement will also need to address what happens if the buyer, after it takes this initial look, changes its mind and decides to get out of the investment.  Does the buyer have the right to “put” back its interest to the sellers (i.e., sell it back), and if so, what are the terms?

Staging an M&A transaction in this manner can add to the complexity of the process because of the period of joint ownership, but it can be a useful tool for buyers to manage risk, and it can be beneficial for sellers as well, if structuring the transaction this way incentivizes buyers to feel comfortable in moving forward.