I’ve noted in past posts that the SEC tends to take a paternalistic attitude toward the notion of non-accredited investors participating in private offerings, with income and net worth enshrined in the applicable rules as a rough proxy for sophistication and ability to take investment risk.  However, the risk to non-wealthy investors of being wiped out is real.  Needless to say, placing one’s entire nest egg in one basket, particularly a high-risk/high-reward-type of an investment, is a recipe for disaster.  The JOBS Act provisions on crowdfunding, and the SEC’s proposed rules enacting those provisions, seek to address this issue through limitations on the amount that can be invested in any one offering and all crowdfunded investments together by those with modest income and net worth. 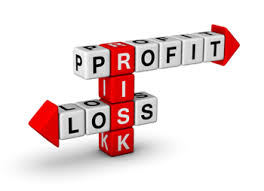 An interesting approach to limiting investment risk has been suggested by Nassim Nicholas Taleb, author of The Black Swan, who calls his approach the barbell strategy.  While most financial advisors recommend maintaining a well-diversified portfolio of investments, each of which individually is moderately risky, Taleb advises keeping the majority of one’s assets (say, 90%) in super-safe, boring investments that can’t lose money but won’t gain much, and putting the small remainder in a basket of maximally risky investments, such as out-of-the-money options, venture investments and the like.  The thinking here is that some of the small and high-risk investments will, at one point or another, pay off, while at the same time the risk to the investor is capped at the amount invested in the risky assets.  In other words, if 90% is invested in super-safe assets, you can’t lose more than 10% at any time (really less than that because the super-safe assets will earn some interest), so there’s an asymmetry between potential gain (unlimited) and potential loss (capped).

I will leave it to investment adviser-types to opine on whether this is a good investment strategy, but it struck me as relevant to the issue of whether and to what extent to allow non-accredited investors to participate in private offerings.  In other words, potentially, I’d think the SEC could eliminate all restrictions on participation in private offerings by non-accredited investors as long as the investor simultaneously matched those investments with super-safe investments in the correct relative proportions.  There would have to be a mechanism to ensure that the investor doesn’t immediately sell off the safe investment in favor of something more risky.  This would enable just about anyone to share in the gains offered by early stage investments while protecting them from ruin.