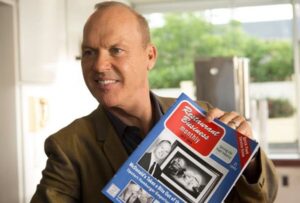 I recently got around to seeing The Founder, the movie dramatizing the early years of McDonald’s, as Ray Kroc transformed the McDonald brothers’ local fast-food restaurant into an eventual global juggernaut. Given the business I’m in, films about entrepreneurial activities are inherently interesting to me, so scenes in The Founder involving people reviewing and signing contracts are perhaps more attention-grabbing to me than they are for the general public.

As recounted by the film (spoiler alert), Kroc grows tired of the brothers’ stubborn refusal to approve his proposed changes in business practices to facilitate fast growth, and he finds the deal he struck with them unprofitable. The brothers ultimately agree to unwind the deal, proposing a buyout by Kroc of them for $2.7 million plus a 1% royalty in perpetuity.  Kroc agrees, but says his lawyers need the 1% piece to be a handshake deal, not in the contract, so as not to hinder Kroc’s future financing plans. At the end of the movie, we find out that Kroc reneged on this and never paid them any further.

Sounds terrible, right? However, an author of a history of McDonald’s says in an NPR interview that this plotline of the movie is a “falsehood,” and that Kroc’s payment of the lump sum was all he was required to do under the agreement, with no future royalties required. There is plenty else to criticize in Kroc’s behavior – he certainly gave short shrift to the McDonald brothers’ innovation in essentially inventing the fast food process by presenting himself as the founder – but if the historian is correct, the film goes beyond the facts to present Kroc in a more negative light.

I’m not in a position to weigh who’s right on this particular issue, but I think the larger point is that Hollywood has a tendency to present business mega-success as requiring ruthless behavior, or at least lax moral standards. Of course, Ray Kroc is far from the only example of a successful business person who is less than a sweetie-pie in his personal dealings. However, there are counter-examples of stand-up people who achieve great success. I challenge you to watch Becoming Warren Buffett, the HBO documentary, without concluding that this is a decent guy who got where he has mostly through just being good at assessing companies, not by cutting down whomever is in his way. The idea that bad behavior is a prerequisite for financial success may make for good drama, but it’s not a reflection of how life really works.