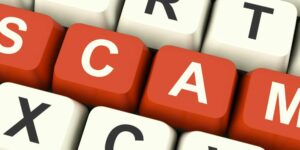 This definition has always been problematic because of the possibility of defrauding the spouses and heirs of wealthy people, who are not necessarily sophisticated in business matters. But here we are talking about George Stephanopoulos, one highly-educated and super-connected dude. Obviously, sophistication in public policy and whatever else he is expert in doesn’t necessarily imply an ability to spot dicey investments. But the SEC’s longstanding policy of requiring only limited disclosure for rich folks, on the theory that they will know to do their due diligence before they hand their money over, doesn’t comport with what we know about the behavior of actual rich people.

I think that a concept that was introduced for equity crowdfunding made possible by the JOBS Act, specifically for the protection of non-wealthy crowdfunding participants, could potentially have broader application for the protection of all investors. For crowdfunding offerings under Regulation CF, there are strict limits on the percentage of your income or net worth you can spend in a year on all of these offerings. (The calculation is somewhat convoluted, but here is the SEC’s summary of the current rules.) Accordingly, if an investor happens to plunk down some money on a dud like Stephanopoulos did, the amount lost won’t be financially ruinous. These rules do not apply to all-accredited investor private placements under Regulation D. So, if you are an accredited investor because you have, say, $2.5 million in the bank, there is no specific rule prohibiting you from investing $1 million in a single private placement, which is likely a terrible idea, particularly for a high risk, high reward type of investment. (Of course, a standard set of investor representations will have the investor confirm that he or she can afford to lose the invested funds, etc., but it should not be a surprise to learn that some investors don’t read this language carefully.)

Some version of the Regulation CF investment limits might be appropriate in the Regulation D context to prevent investors from losing a significant portion of their wealth in a single transaction.