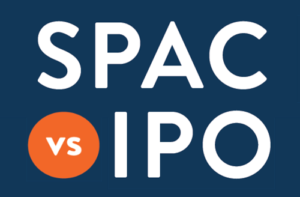 The casual reader of the business pages has seen over the past year or so many articles about SPACs, the financial structure du jour, which have actually been around for a while. (I worked on some in the ‘00s.) The acronym stands for Special (or Specified) Purpose Acquisition Company. For those of my readers that are not corporate finance professionals, the way to conceptualize a SPAC is that it’s a private equity fund that is publicly traded. In other words, investors put funds in a newly created entity via an initial public offering (IPO). The entity has no operations other than a plan to acquire an operating company with the IPO funds within the next couple of years, with a management team that is tasked with doing the acquiring. From the perspective of the operating company being acquired, it’s a way to go public, by merging with the already-public SPAC, as an alternative to a traditional IPO. (In a traditional IPO, there is no merger; rather, a bunch of new shares in the private company are sold to the public, and poof, it’s a public company.)

The investment community has been abuzz recently about an academic paper, summarized here, that found the costs of going public via SPAC merger to be much higher on average than doing so via a traditional IPO. For my non-finance professionals out there, the most concise way I can put it is that the typical SPAC structure is designed to favor the initial sponsors and initial investors, over investors who buy shares in the open market after the SPAC’s IPO and the target company shareholders. This is because of two concepts present in most SPACs but not in most other contexts: the promote and warrants.

A promote is a form of compensation for the management team that forms the SPAC, brings it public and finds an acquisition target. Generally, this sponsor team gets, for nominal cost, 20% of the post-IPO shares of the company. Ultimately, these shares dilute the ownership of the SPAC investors and of the target company’s shareholders, post-merger, in a way that doesn’t occur in a traditional IPO.

Additionally, in most SPACs, the IPO is done as a sale of units, comprised of regular shares and warrants to purchase additional shares. The warrants (which are like stock options for those unfamiliar with the term) have an exercise price somewhat higher than the IPO price. The warrants are essentially a free add-on for the SPAC IPO investor. They can elect to have the company redeem their shares in advance of the merger and get their invested money back, but they still can keep the warrant and cash in if the stock pops. The additional shares that are issued when warrants are exercised constitute dilution to other holders, again in a way that wouldn’t occur in a traditional IPO. At least as compared to the promote, a warrant exercise for cash would bring funds into the company, but if the warrant is in the money (i.e., the market price exceeds the exercise price), then the shares are being purchased at a discount, which is not the kind of dilution that existing holders want to see.

Ultimately, there are some advantages for private companies in going public by SPAC merger over a traditional IPO. For example, whether an IPO can be completed can depend on general market conditions at the time of pricing of the IPO that are completely outside the company’s control. A SPAC merger may be the right choice for certain companies. But they need to be sure they are taking into account and fully understand the SPAC structure before choosing this option over other alternatives, like a traditional IPO, an acquisition by another operating company or private equity fund, or simply staying put as a private company.