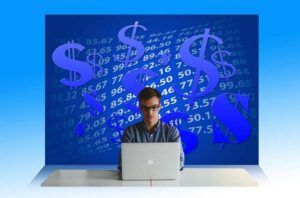 Matt Levine, writing in Bloomberg View, makes a good point about Spotify’s reported direct listing plan: When Spotify flips the switch, and trading of its shares on a public stock exchange commences, that won’t be the first time Spotify shares have traded hands. Like other large private companies that have been around a while, some of its early investors and employees have had the opportunity to sell some of their shares to existing or new stockholders, either in purely private transactions or ones facilitated by service providers that specialize in secondary market transactions. These private transactions help to establish a valuation for the company and ensure that, when public trading commences, investors won’t be flying completely blind in determining what the price should be in the absence of an initial price set by an IPO.

END_OF_DOCUMENT_TOKEN_TO_BE_REPLACED

The political website Axios, not known, at least to me, as a source of breaking business news, reports that the music streaming service Spotify has filed papers with the SEC on a confidential basis to go public via direct listing. END_OF_DOCUMENT_TOKEN_TO_BE_REPLACED 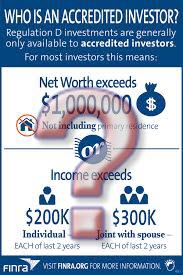 The underlying policy of the current definition of accredited investors is that rich people (a term not used in the actual rules, obviously) can be assumed to have a level of financial sophistication such that they would conduct adequate due diligence before making an investment. Accordingly, accredited investors require less disclosure about proposed securities offerings. This assumption is, shall we say, not attuned to human reality. The obvious group of accredited investors that are not necessarily sophisticated is heirs and spouses of wealthy business people, who may have no background at all in finance and investment matters. But even for those accredited investors who have directly earned the money that grants them that status, plenty are in fields such as sports and entertainment where the particular skill that is remunerative to them has nothing to do with investing. Additionally, many white collar professionals such as doctors, engineers and even some attorneys may be highly educated, but they are not able to make heads or tails of a balance sheet and income statement. END_OF_DOCUMENT_TOKEN_TO_BE_REPLACED

On September 5, 2017, the U.S. House of Representatives overwhelmingly approved a bill that would allow already-public reporting companies to use the provisions of so-called Regulation A+ to make securities offerings. Regulation A+ in its current form is, in essence, a mini-IPO, allowing private companies to raise up to $50 million, offerings that are too small to attract the interest of large investment banks who underwrite traditional registered IPOs. If the current bill is enacted, public companies could take advantage of this process, which involves somewhat less disclosure than required for a full Form S-1 registration statement.

END_OF_DOCUMENT_TOKEN_TO_BE_REPLACED 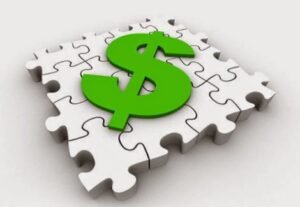 William D. Cohan, writing in the New York Times’ DealBook, characterizes the third-party valuations of private companies under Section 409A of the Internal Revenue Code as Silicon Valley’s “dirty little secret” and a “shell game.” Especially in the aftermath of the financial crisis, there has been plenty of populist rhetoric about practices in the business world, and much of that criticism has had basis in fact, but this take on 409A valuations seems awfully strained.

As described in Cohan’s article, Section 409A and the related rules require that companies obtain independent valuations in connection with their issuance of equity-based awards to employees, and failure to comply results in tax penalties. Cohan details the fact that various service providers charge significant fees to undertake these valuations, using words like “supposed” experts to make the whole enterprise seem like a racket, but the reality is that the rules do exist, and these valuations have to be done. If it was possible for just anyone to make up a valuation for a bargain-basement fee, heck, I would consider doing it as a side gig from my legal work. But the rules actually go into detail as to the required qualifications for firms providing these services. Cohan notes in the article that the SEC would not comment on these practices, but this is really more of an issue of tax law than securities law. What constrains companies and their hired valuation help from simply making up numbers out of thin air is the fact that their decisions are subject to later IRS scrutiny and sanctions.