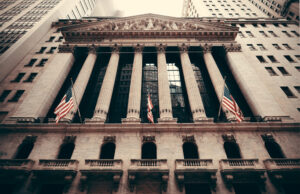 Felix Salmon argues, convincingly in my view, in favor of Spotify’s reported plan to go public by direct listing, not a traditional IPO. A little background, for those unfamiliar with the term: The usual way to go public is via an initial public offering of shares, where the company creates new shares in addition to the ones in existence, sells them to the public through an underwriter, and all old and new shares are thereafter publicly traded on an exchange. However, it’s not always the case that the company actually needs the new capital it ends up raising by selling new shares. Direct listing skips this step; instead, the company just flips a switch and becomes public. (Of course it’s more complicated than literally flipping a switch – you hire, well, me to help you through the process. But it’s certainly simpler than having to market and complete a new offering of stock as part of it.)

Salmon does a good job of identifying and countering the objections to and misinformation about direct listing that have appeared in media coverage of Spotify’s plans, a lot of which stem from self-serving arguments from investment banks that crave the substantial fee income that comes from IPOs. He notes that the New York Times speculates, nonsensically, that Spotify would go public “at a valuation of about $13 billion.” The only time a company does something at a specified valuation is when it sells newly issued shares, in either a public or private offering. In between offerings, the valuation is determined by the secondary market for buying and selling shares, which is limited or nonexistent for private companies, and constantly knowable for public companies. So for Spotify, when the switch is flipped, the market will immediately determine what the value is, without regard to what Spotify itself thinks it should be worth.

Salmon also notes the objection that traditional IPOs have a lock-up period, where company insiders are precluded from selling until six months after the IPO, while in the direct listing scenario, there is no such restriction. But as he notes, all the lock-up does is defer the selling pressure that eventually results from insider selling; the lock-up creates a six-month overhang. In a direct listing, it’s of course possible that there’s a large amount of immediate selling by insiders, but the company wouldn’t proceed with it unless it thought that was counter-balanced by buying from excited new investors, as well as some of the insiders themselves being bullish on the company and selling none or only a small part of their position As a side note, Spotify could obtain voluntary lock-ups if it thought them advisable before proceeding with the direct listing; lock-ups don’t have to be imposed by an investment bank.

Finally, it’s worth noting that a company doing direct listing has not lost the ability to raise equity capital if needed later; it would just be a follow-on offering rather than an initial public offering.