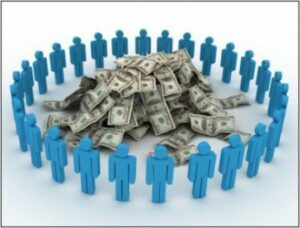 Steven Davidoff, the “Deal Professor” of the New York Times’ Dealbook, has weighed in on the proposal.  Before disagreeing with him, I should first point out that he is always worth reading, as I’m not aware of anyone else writing for a major publication with the same hands-on legal deal experience (as a big firm M&A lawyer).  He argues that (1) most crowdfunded companies are likely to fail, analogizing to venture capital investments, and (2) investors will be susceptible to fraud.

Regarding failure rate, it’s important to note that venture capital investments are inherently feast or famine in nature.  Davidoff is right that VC investors diversify in multiple companies, expecting that most will fail and a few will pop.  But crowdfunded ventures will not necessarily be as thrilling.  It can be used to fund, for example, the purchase of real estate that has a fairly reliable stream of rental income.  When VCs funded Google, they were not expecting a steady 8% annual return.  Also, with the strict limits on investment amount by lower income/net worth investors set forth in the proposal, along with the ability to invest very small amounts in each offering, it is indeed possible for all investors to achieve some level of diversification in their crowdfunded investments.

Regarding fraud, it’s not clear to me why this is a crowdfunding-specific issue.  There has always been securities fraud, and in our lifetimes, there have always been anti-fraud rules and enforcement mechanisms to deal with it.  Will there be bad actors who fleece investors through crowdfunding?  Sure.  But those same people are out committing fraud right now under the existing rules.  And note that the crowdfunding rules require funding portals to take steps to combat fraud, which is not applicable to non-crowdfunded offerings, where offerings can be made directly by the company without an intermediary.  Finally, again, it’s important to note that for middle income investors, in any year, all crowdfunded investments are capped at $2,000 or 5 percent of their annual income or net worth, whichever is greater, which effectively deals with the horror scenario of investors being completely wiped out by a single bad investment.