The most buzz-inducing SEC filing last week (this is a relative statement, of course) was this Form S-1 filed by Fantex, Inc., seeking to register what has become known as the “Arian Foster IPO.”  Foster is an accomplished running back for the NFL’s Houston Texans.  The deal, in essence, is that investors will (through Fantex) be paying Foster $10 million now in exchange for 20% of his NFL-related earnings, including endorsements, coaching and broadcasting, going forward for his lifetime.  So, based on those numbers, if and when Foster’s aggregate earnings from now on exceed $50 million, investors will make a profit on the investment.  Fantex views this as the first of several athlete-related offerings.  There has been some ridicule about the concept in the popular press, with much focus on the risks (not helped by Foster’s hamstring pull in the first game after the S-1 filing), though like most investments in individual stocks, it’s a high risk, high reward proposition. 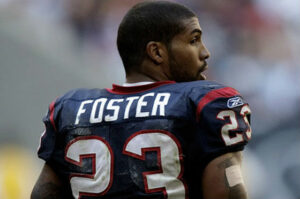 But you didn’t come here for investment advice.  A few observations about the S-1 filing: