The main functions of a transactional attorney working on a deal are fairly obvious: to draft (or review) agreements that accurately reflect the deal struck between the parties, to advise the client about whether the actions contemplated by the agreement pose any legal or business risks, etc. Another less obvious but still important role that the attorney can play is to communicate the client’s positions to the other side’s attorney, rather than having the client be forced to communicate those positions directly to the other side’s principal.  It can be awkward for the principals to speak directly on certain matters, and the attorneys play a useful filtering role. 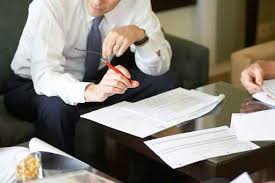 Take as an example the drafting and negotiation of an employment agreement.  The employee, if being properly advised by an attorney, will want to think about protection against scenarios that come into play if the relationship doesn’t work out, like a severance payment if the employee is terminated without cause or leaves for good reason, and placing appropriate limitations on non-compete and similar provisions. However, many employees would feel funny about raising these issues directly with the employer. Even though it’s obviously prudent for the employee to be protecting against downside scenarios, the employee could worry about getting the working relationship off on the wrong foot by focusing more on what could go wrong than what the employee will be doing affirmatively for the company. Accordingly, the attorney can convey these points to the employer’s attorney, who then checks with the employer.  Of course, the employer knows that the employee authorized the attorney to ask for those provisions, but the attorney will not feel personally uncomfortable about asking for them and can ensure that the positions are conveyed clearly and directly.

There are times late in the transaction process where the two attorneys reach an impasse on a handful of issues, and at that time I will sometimes advise clients to communicate directly with the other principal to try and hash out these final points. But at that point, the end is in sight for both sides, and the impediments seem less imposing, so they can often work the open issues out.