Professor Andrew A. Schwartz writes in Harvard’s corporate governance blog about the likelihood of success of soon-to-be implemented Title III crowdfunding. Relative to much commentary on this topic, Professor Schwartz is an optimist about the potential of crowdfunding to overcome some of the risks of investing in entrepreneurial ventures. While I am too for some of the reasons he cites, I’m not sure about one of them: that the “wisdom of the crowd” will lead to better investment decisions than would be made by individuals or small groups, even experts. 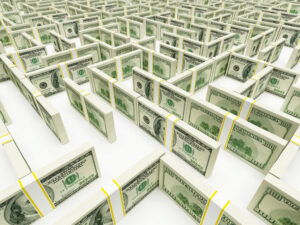 Under the right conditions, the wisdom of crowds can be quite powerful, as described in New Yorker columnist James Surowiecki’s excellent book called, well, The Wisdom of Crowds. Does the principle apply in the crowdfunding context? Imagine a crowdfunding portal where instead of being able to choose some or none of the available investment opportunities, investors were forced to assess Company A and Company B and pick one of the two to invest in. Under those (unnatural) circumstances, I would expect the crowd to make the right decision, meaning the company that attracts more investors would be the better investment opportunity.

However, that’s not how a crowdfunding portal will work. Instead, an essentially unlimited pool of potential investors will scan the available opportunities and make a yes or no decision about each one. Suppose that a company seeks to raise $500,000 through a crowdfunding portal. 5,000 potential investors review the offering. 4,500 of them decline to participate, and most of them think it’s a terrible, laughable business concept. The remaining 500 like it and each decide to kick in $1,000. So in this scenario, you have a large majority having a bearish view of the company, and yet it successfully raises its full offering. In other words, the immense size of the potential investor pool could lead to bad companies successfully raising capital.

To be sure, there are plenty of bad investments made today, in the pre-crowdfunding world, so crowdfunding will not usher in a new era of good money chasing bad investment ideas. That’s been happening for as long as there’s been investment. I’m just skeptical that we can conclude that a company that completes a crowdfunded offering has been somehow vetted as a result of its approval by the crowd.