Steven Davidoff Solomon, the New York Times DealBook’s Deal Professor, highlights an academic paper that he and others wrote, advocating tenure voting for public companies.  The basic concept is that the longer you hold a company’s shares, the more voting power you have when the company conducts shareholder votes.  The purpose is to incentivize long-term holding and accordingly dilute the voting power of activist shareholders that buy up a block of shares, immediately agitate for change that helps them in the short term, and then unload the shares, to the ultimate detriment of the company.  In fairness, I should note that the activist investor community contests this characterization of what they do, arguing that the changes they demand are beneficial to the companies in the long-term as well.  I will not wade into that argument but simply assume for the sake of this post that as a policy matter, we should try to encourage a long-term orientation among shareholders. 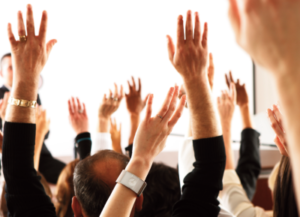 Tenure voting is likely to help somewhat in encouraging longer holding periods.  As the article notes, in companies that have dual-class structures, with one non-voting class (like Google), the non-voting class trades at a slight discount to the voting class.  This indicates that voting power has some perceived value, especially so to larger holders (like the activist investors).  However, if we’re also trying to increase holding periods for small shareholders, i.e., because we don’t think day trading is a good idea, these shareholders (if they’re rational) won’t care whether their infinitesimally small stake has somewhat increased voting power.  What’s needed for these shareholders is a financial incentive.

Tax law already provides such an incentive, via the lower tax rate applicable to long term capital gains (for investments held over one year), as compared to short term capital gains, taxed at ordinary income levels.  Even though this financial advantage to long-term holding has long been in place, it isn’t sufficient to deter short-term trading.  Perhaps the incentives can be strengthened, by a carrot (even lower tax rates for investments held for three or five years, for example) and/or a stick (a penalty tax in addition to the short-term rates for investments held less than a month, for example).