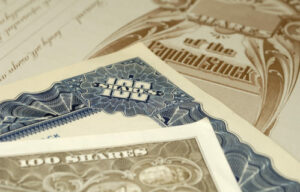 Matt Levine writes in Bloomberg View about Facebook’s announced $6 billion stock buyback program (scroll down in the newsletter past the other topics). Basically, Facebook’s business generates far more cash than the company knows how to put to use anytime soon, so it is returning the cash to shareholders by buying back the shares of those who want to sell. This is the corporate finance version of a first-world problem – many of my early-stage clients burn through cash and constantly need to think about fundraising (Facebook was that type of company at one point) – but for those companies generating large profits, what to do with excess cash is an interesting issue.

There are really two separate questions: first, whether to distribute excess cash to shareholders, and second, assuming you do, how to do it. On the first question, as Levine points out, it shouldn’t be considered an admission of failure (as it often is) for a company to decide that there’s nothing it can do with excess funds that’s as worthwhile or profitable as the business it already has. So, Facebook should (and does) use some of its funds to acquire startups who have technology that could be useful to it, but if there’s any money left over, there’s no point in retaining it indefinitely in the corporate version of a low-interest savings account.

On the second question, if a company is distributing excess cash, it could do so the way Facebook is, by repurchasing shares from those who want to sell (which reduces the amount of shares outstanding and effectively increases the percentage interest of everyone who remains), or by declaring a dividend and paying out the cash to all shareholders pro rata. While dividends are common among long-established companies and their investors who use the dividend payments as regular income, the buyback route seems more efficient because you’re distributing the funds only to those who want them at that moment. Even retirees who rely on dividends for income could just as easily have a system of selling only the amount of shares needed for their regular income. Warren Buffett’s Berkshire Hathaway famously never pays dividends – and the public assumes from that that the company always plows its cash back into new investments – but Berkshire does have a generous buyback plan, so in fact it does pay cash out to its shareholders.