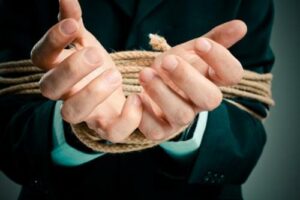 Although it has historically been relatively easy for companies to enforce non-competition agreements against employees in New York State, compared to, say, California, where such provisions are unenforceable, the New York Attorney General’s office has recently been cracking down on broad use of non-competes on lower-level employees.

Although the two types of provisions are often conceptually lumped together, it’s important to distinguish non-competes from non-solicitation agreements. With non-competes, although companies have valid business reasons for wanting their employees to refrain from leaving and starting a competitive business, potentially using the trade secrets they have learned on the job, as a matter of public policy, they are frowned upon for reducing worker mobility and harming economic growth. Non-solicitation provisions, on the other hand, which prevent departing employees from taking other employees or customers with them to their new venture, don’t raise the same policy concerns and, accordingly, are not the focus of the New York initiative.

The distinction being made by the New York Attorney General in these actions is between low-level employees without access to the company’s trade secrets, on the one hand, and executives, on the other, against whom non-competes may continue to be enforced. To use one of the specific examples of the New York enforcement actions, it’s unlikely that a sandwich assembler at a Jimmy John’s franchise will use knowledge gained on the job to launch a competing multi-franchise sandwich shop. The Jimmy John’s CEO, in contrast, could easily do so or could jump ship to an existing business in the same industry with important knowledge of the secrets to Jimmy John’s success (if it is indeed successful – I’d never heard of this chain before reading about this).

The practical advice here for New York businesses and their attorneys is that you can continue to include non-competes in employment agreements for senior executives (as always, that are reasonable in time and geographic and industry scope), but you don’t want to be including a non-compete in the form acknowledgement that all employees sign upon being hired.