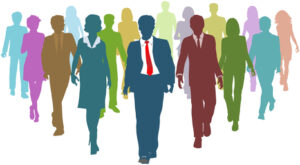 Carolyn Elefant, writing (sensibly) in Above the Law, argues in favor of loosening restrictions in the U.S. against ownership of law firms by non-attorneys. She focuses on the increasing need for small firms to partner with non-lawyer professionals and how the inability to compensate these professionals by sharing profits makes it unnecessarily difficult to function. Regardless of a firm’s reasons for wanting to bring in non-lawyer equity holders, it’s worth considering the policy rationale underlying the current restrictions.

The general fear is that non-lawyer equity holders would interfere with legal decisions that should be left to the lawyers. This is a reasonable concern. To take a concrete example, suppose I had an outside non-lawyer investor in my firm, and suppose further that I was advising a cash-poor startup company who was negotiating with an outside investor on terms that I found to be inadvisable for the client. Now, it would be in my pure financial interest (short-term anyway) to downplay my concerns and let the client proceed with the investment, since it would mean my firm would get paid. But I’m constrained by ethical obligations that require me to put the client’s interests first. If my firm’s investor, however, became aware of this issue, the investor would be expected to push me to withhold my sound advice to the client.

This concern could be addressed by regulating the operational involvement of any non-lawyer equity holders. The strongest version of this would be that any such equity holder would be forced to hold a purely passive interest, with the only voting or management rights being those specifically required under the state law governing the particular entity. Alternatively, the non-lawyer’s rights could be limited to specific matters, e.g., veto rights over whether the firm practices in a particular specialty of law, but there would not be permitted any communication with the non-lawyer about particular matters being handled by the firm.

Of course, just because a particular regulation prohibits non-lawyers from meddling doesn’t mean it won’t happen. But that’s not a good rationale for a complete ban on ownership by non-lawyers. Sanctions for violations of these regulations could be imposed on the lawyer who is already subject to bar discipline, but potentially non-lawyers could be required to be subject to some form of sanction (obviously, something other than disbarment) as a condition to their partial ownership of the law firm.