I try to keep the topics of most of my blog posts broad and of interest to most of my clients. This one, however, is a bit of an exception and will only be relevant to (1) public companies, who (2) are classified as smaller reporting companies, and (3) need to use Form S-1, rather than short Form S-3, for their resale registration statements. In most cases, in other words, we are talking about public companies whose shares are not listed on a national securities exchange.

If you’re still with me after that narrowing of scope, there is some good news from Congress, which in December passed, and the President signed, the FAST Act. The SEC issued a short summary of the provisions relating to the securities laws that were included in the statute. One of the provisions described here is headed Small Company Simple Registration, and as noted in the description, it requires further SEC rulemaking before it becomes effective. 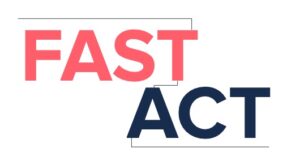 When an issuer files a registration statement on Form S-3, if eligible, the main reason it is usually shorter than an equivalent Form S-1 is that the filing “incorporates by reference” the issuer’s past Exchange Act filings (e.g., Forms 10-K and 10-Q). So, instead of containing financial statements, for example, the form simply says that certain Exchange Act filings already made (which themselves contain those financial statements) are deemed to be included in this Form S-3. (The SEC now permits some incorporation by reference of past filings into Form S-1, under limited circumstances.)

The new provision of the FAST Act deals not with incorporation of past filings, but with the obligation to update a prospectus after the registration statement is declared effective. Form S-3 has always permitted so-called forward incorporation by reference, meaning that Exchange Act filings made after the Form S-3 is declared effective are automatically deemed to update the prospectus, without further action. As a result of the FAST Act provision, the same will be true for Form S-1, and forward incorporation of reference will be permitted. This eliminates a huge logistical burden on small public companies that can’t use Form S-3, who until now had to make duplicative prospectus supplement filings to update their Form S-1 prospectus after each Exchange Act filing they made. The drafters of the provision understood that no practical purpose was served by requiring issuers to incur the cost of these additional filings, since all interested parties know to consult the most current Exchange Act filings for current information.