When selecting legal counsel for your transactional matter, one of the basic threshold questions is whether to hire a large or small firm, which I’ve addressed previously.  The topic for today is also important: whether you should hire an attorney based in New York, or other large city, or one in a market with much lower average billing rates.  Of course, with my office smack in the middle of midtown Manhattan, I bring some biases to this inquiry, but I will attempt to address it as dispassionately as possible. 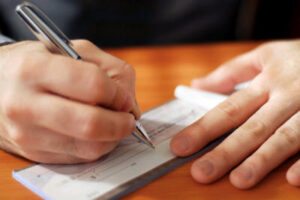 For some matters, there is no choice.  If you’re buying a Brooklyn co-op, you’re not hiring an attorney from Dubuque, Iowa to represent you.  There are other specific matters where an out-of-state attorney is not appropriate because of unauthorized practice of law issues – like rendering an opinion on a specific state law – though in many such cases, an in-state attorney can be brought in as local counsel on a limited basis, with an out-of-state attorney running the show.  But for many transactions, the client has a choice, and average rates are much higher in New York.

Over my 18 years of practice, I’ve developed a sense that there is a difference, on average, between New York attorneys and those who practice elsewhere.  To sum it up in a word, New York lawyers are more intense, in both a positive and negative sense.  The negative is that you’re more likely to see the aggressive, prickly personality type that is unpleasant for everyone else in the working group, sometimes to the client’s detriment.  But the positive is that the typical New York attorney, when presented with an issue, will get on it quickly and be able to identify the important issues and deal with them expeditiously, all of which is probably more important than personality considerations.

Of course, these are broad generalizations.  There are certainly brash and obnoxious attorneys in Tallahassee, and passive, second-rate duds in Manhattan.  And if you’re aware of a superstar experienced attorney in a small city who’s charging the rates of a paralegal in a New York firm, by all means, hire that attorney.  But my overall impression is that clients are better-served by the typical New York attorney than one from elsewhere, and it may therefore be worth paying the higher rates, particularly for non-routine matters.