One of the reasons that limited liability companies have become so popular as an alternative to corporations is that the state laws governing LLCs are so much more liberal in terms of formal requirements for documenting company decisions.  For the most part, LLCs are free to shape the management provisions in operating agreements in the manner desired by the parties.  Corporations, in contrast, are required by statute to adhere to certain procedures in their operation.  In particular, the corporation’s Board of Directors must formally approve certain acts, such as issuing new shares or entering into a significant contract, and this approval must be documented, either via minutes of a board meeting or unanimous written consent of the board. 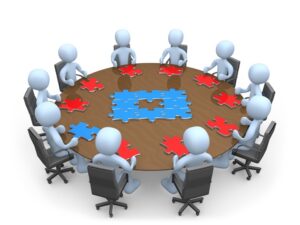 The reality is that, particularly for small, closely-held corporations, these requirements are often overlooked or put on the back burner.  But it gets put back on the front burner in certain circumstances, hopefully for the sake of the corporation not in the context of a suit seeking to “pierce the corporate veil” and go after the owners personally.  In such a case, the lack of board documentation is a factor making personal liability more likely.  But it also comes up, in my non-litigation transactional world, in the context of deals where board resolutions are requested in the course of due diligence.  In particular, in M&A transactions, the buyer will want to see the target company’s board resolutions.  It’s not an ideal response for the target to say that there are none, since that doesn’t engender confidence in the existing management of the company, but there is an appropriate way to deal with this situation.

The fix is for the target to prepare “cleanup” resolutions relating to past corporate acts.  Essentially, the Board ratifies these past acts as of today.  In other words, the resolutions are not “backdated” to when they occurred; rather, they are dated currently and expressly state that the events happened in the past.  Ideally, the resolutions are as specific as possible, detailing particular share issuances, etc., but the resolutions will likely also contain broad language generally approving past acts taken by the officers on behalf of the corporation.