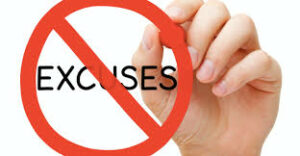 Carolyn Elefant, writing in Above the Law, takes to task those solo lawyers who, to use her phrase, “play the solo card” by using their firm’s smallness as an excuse for sub-standard service. I don’t know enough to weigh in on the specific case that triggered her piece, a solo attorney who tried to excuse a late filing by citing Microsoft Word technical issues. There certainly have been large firms that have tried to make excuses as a result of their network crashing or the like. However, I completely agree with Elefant’s overarching point that small firms should not assume that their clients and others will accept second-class service just because of the size of the firm.

In the past, small firms could easily run into a “bandwidth” problem if they were slammed with a temporary confluence of multiple matters being highly active. Assuming those matters could be comfortably handled if the firm had a few more attorneys, it would not be reasonable to expect the firm to hire extra attorneys on a permanent basis just to manage a short period of busy-ness. However, with the recent advent of temporary and freelance attorneys, it has become a pretty seamless process for even solo firms to assemble a team to deal with whatever comes in. Of course, that doesn’t mean my modest little firm could handle a merger of Amazon and Apple if I got a call about it this afternoon, but the point is I shouldn’t be telling a client who needs help to come back in two weeks because I have a closing. There are some solo attorneys who are reluctant to delegate, but that is their problem and shouldn’t be the client’s.

The “solo card” dynamic is not limited to law practice, and there is a tendency for people to deploy the slogan “support small business” in a manner that seems to excuse worse service or higher prices than the equivalent from a big company. (Interestingly, while solo lawyers typically charge less than big firms for the same service, small mom-and-pop shops often sell the same products for more than mega-retailers.) In my little suburban town, my daughter participates in an extra-curricular activity with a private company. We of course pay the fee for the activity, but the company separately seeks additional revenue via efforts typically associated with not-for-profits, such as bake sales or literally soliciting “donations” from parents, all justified by the need to support small and local business. Small businesses shouldn’t need to deploy guilt to succeed. They can have built-in advantages over large ones (e.g., more personal service) and should be able to make the case that they are providing the best value for the customer on their own merits.