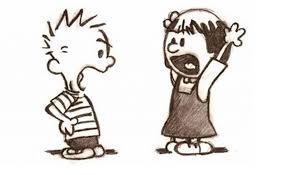 In a recent transaction that I worked on – obviously, I can’t give too much detail to protect client confidentiality – I noticed a weird dynamic. In a typical negotiation, when the lawyers from each side are speaking without the principals present, there is some degree of emotional detachment from the ultimate outcome, even though each attorney knows his or her role is to represent the client’s interest. Lawyers will say, for example, that it’s not worth continuing to argue about a particular bone of contention because it is a “business issue” that needs to be worked out by the principals. However, in this transaction, the other attorney, though he was unfailingly polite and even-keeled, would make fairly routine requests from our side seem thoroughly unreasonable, putting me on the defensive.

I’m pretty certain this was an intentional negotiating tactic on his part. In my research for this post (consisting of one Google search and two clicks), I’ve discovered that psychologists refer to it as “strategic umbrage.” In other words, when someone acts personally insulted and put upon by a request, it creates a lot of pressure for the requestor to back off, which is the result desired by the person engaging in this strategy.

Of course, for it to have any effectiveness, strategic umbrage requires the other party to want to seem generally accommodating and people-pleasing. It won’t work on a sociopath. I am an agreeable sort – the only negative comment I remember from my performance reviews as an associate at a big law firm was that I shouldn’t be so nice all the time – so my natural instinct when I’m being accused of making things difficult is to back off. However, I’ve learned in these situations to step back and not automatically take the other side’s umbrage at face value. Accordingly, in my recent deal, I calmly but firmly stuck to my guns to advocate for my client’s positions, and I think got a good result for my client.