Last month, the SEC issued a user-friendly guide for potential investors in avoiding fraudulent unregistered offerings.  I highly recommend the advice given here, but I have a few specific clarifications: 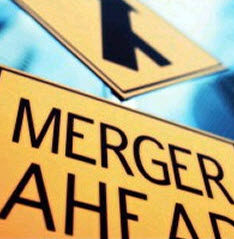 Keith F. Higgins, the Director of the Division of Corporation Finance at the SEC, recently spoke at the 2014 Angel Capital Association Summit.  His speech came in the midst of much JOBS Act rulemaking that I’ve blogged about frequently, and his remarks provide some useful insight into what the SEC is thinking about these days, although he includes the standard disclaimer that he’s speaking for himself and not the whole agency.  In particular, I thought the following topics that he covered were worthy of note: END_OF_DOCUMENT_TOKEN_TO_BE_REPLACED

I’ve noted in past posts that the SEC tends to take a paternalistic attitude toward the notion of non-accredited investors participating in private offerings, with income and net worth enshrined in the applicable rules as a rough proxy for sophistication and ability to take investment risk.  However, the risk to non-wealthy investors of being wiped out is real.  Needless to say, placing one’s entire nest egg in one basket, particularly a high-risk/high-reward-type of an investment, is a recipe for disaster.  The JOBS Act provisions on crowdfunding, and the SEC’s proposed rules enacting those provisions, seek to address this issue through limitations on the amount that can be invested in any one offering and all crowdfunded investments together by those with modest income and net worth. END_OF_DOCUMENT_TOKEN_TO_BE_REPLACED

The Private Placement Memorandum (PPM) is the disclosure document used in private securities offerings, providing to prospective investors detailed information about the company’s business plan, terms of the offering, risk factors, management, financial history and/or projections, etc., to enable the investors to make an informed decision on whether to participate in the offering.  For Regulation D offerings, Rule 502 requires that a PPM be provided to any non-accredited investor and goes on to recommend that the same PPM also be provided to the accredited investors.  Therefore, in an offering that is made solely to accredited investors, as is often the case, a PPM is not required.  So the question is whether, in such cases, a PPM should nevertheless be prepared and provided.